Back in 1949, a dream of faith among the Loyalteers Sunday School class at the Fairland Brethren in Christ Church was put to work with energy and commitment. The vision for a camping ministry to children and youth was born. With the name Kenbrook Bible Camp (Ken means to know or understand – thus the camp’s name means “to understand the Bible in a camp beside a brook”) and under the mottos, “Christ for Boys and Girls, Boys and Girls for Christ,” something new came into being. With little financial resources but with much giving of time and talent, the camp was carved from the wooded hillside. Trees that took hundreds of years to grow were transformed into cabins, a bathhouse and a lodge, and Kenbrook became home to a temporary community of staff and campers for the first time.

For the next twenty years, the camp expanded its influence in south central Pennsylvania, consolidated its mode of operation, and became a setting where hundreds of young people opened their lives to Jesus Christ. As at the beginning, the financial resources to develop the camp were limited, but the boundless energy and commitment of the core group of Board of Directors and the Kenbrook Membership provided the resources to serve the expanding ministry. Gifts of time and gifts of material including lots of food were joyfully offered in sufficient quantities to meet all the needs. But as the camp grew, as times changed, the strain was beginning to show and the load was taking its toll. It was time for something else to happen.

That change came in the early 1970’s when the Atlantic Conference began to look seriously at family and youth ministries within the Conference and to consider its involvement in camping ministries. Although Kenbrook was an independent ministry from the Brethren in Christ Church, it was certainly a ministry of the church and for the church and it was only natural that the Conference would cast its first glance at a relationship with Kenbrook. It did not take long for a mutually satisfactory arrangement to be concluded and the ownership and operation of Kenbrook Bible Camp was transferred to the Atlantic Conference of the Brethren in Christ Church.

Two key developments to this broader involvement were the Promotional and Development Committee and the Ladies Auxiliary. The “P & D Committee,” as it was known, was appointed in 1974. It was composed of several Board members plus other key leaders and businesspersons from the Conference. This group realized the potential in outdoor Christian education and had the vision and vitality to do something about it.

The second major development that established Kenbrook as a ministry of the Atlantic Conference was the Ladies Auxiliary. The founders of the Auxiliary possessed unbounded energy, creativity, commitment and vision to have a support role for the camp. They raised substantial amounts of money, gathered food, made curtains, sewed trip equipment, cleaned facilities, helped prepare meals, and prayed. They recruited people from across the Conference to be involved in their projects and established a presence in almost every congregation through an Auxiliary representative.

The Woodland Retreat Center was begun in 1979 and completed in 1980 allowing us, for the first time, to serve guests on a year-round basis. Off-site trips in canoeing, backpacking, rock climbing, and biking were introduced to the summer camp program, as was a counselor-centered curriculum. The lake was also completed.

The decade of the 1980’s also saw the development of internal structure and policy to do the work of a growing camp. Kenbrook had never obtained federal tax-exempt status and an initiative was launched to obtain this before further major capital fund drives were undertaken. 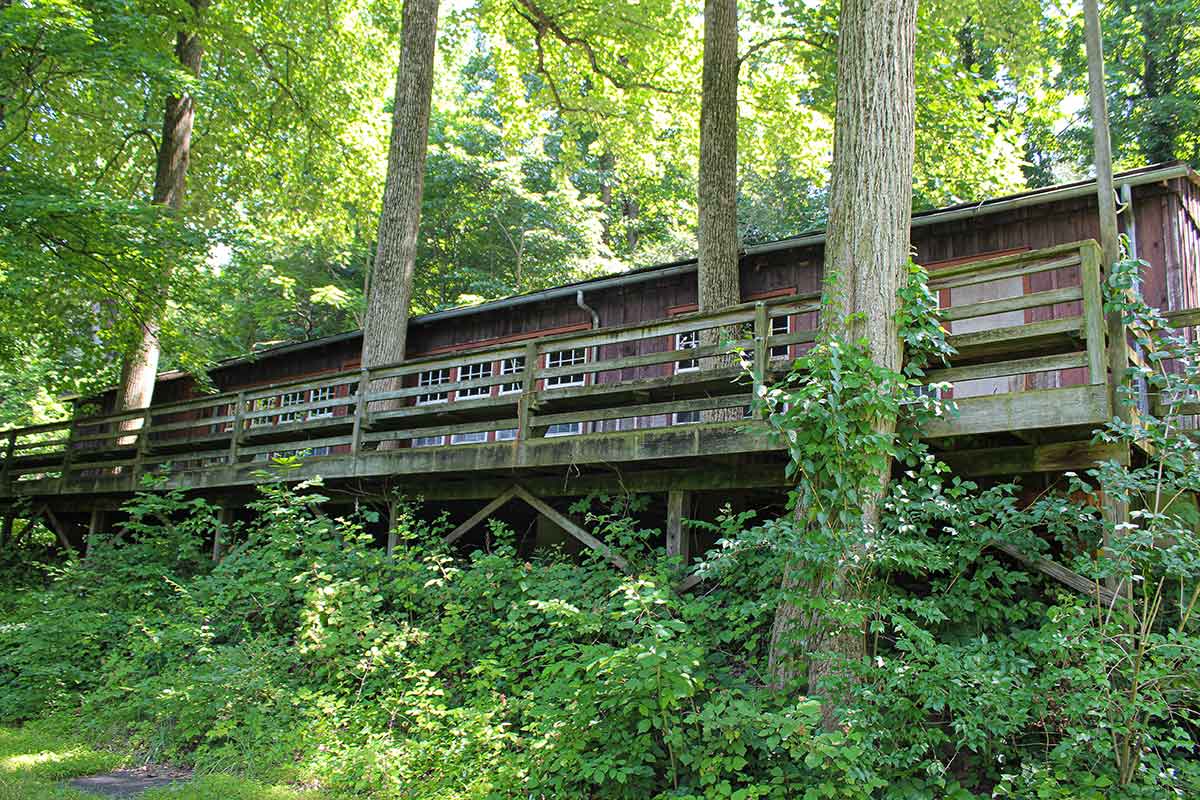 On the program front, Bible Adventure weekend camps for 6- to 8-year-olds were introduced for the first time, eventually growing to four weekends each year. Resident camp sessions were extended from 6 weeks to 9 weeks each year.

A quarterly camp newsletter, Trail Talk, was developed to keep the constituency up-to-date and give promotion to upcoming programs and events. This newsletter has now been renamed to In Focus.

The transition into the 1990’s was marked by the 40th Anniversary Celebration that included the release of the recently written history of the camp entitled, Beyond Our Dreams, by E. Morris Sider, a multi-media presentation at General Conference, and a celebration weekend at the camp.

This decade saw the expansion of wilderness trip camps and the introduction of technical adventure activities into the program including climbing, caving, winter camping, and kayaking as means of challenging youth and adults to growth in Christ through outdoor adventures. A logical extension of these trips was the addition of a professional ropes course at the camp. The Pine Grove Furnace Wilderness Camp programs were also added to the schedule following a winter in which snow days resulted in the cancellation of one of our most popular weeks of camp at that time.

After carrying capital debt for over 14 years, Kenbrook launched a major capital debt reduction campaign in 1994. The Free to Serve campaign had a goal of $800,000 to liquidate the debt and open new futures for the camp. In the summer of 1998, the friends of the camp celebrated being without debt for the first time in 18 years and after burning the mortgage, continued to celebrate by breaking ground for the new staff residence which added a total of four new dwelling units to the camp. This facility was built almost entirely with volunteer labor.

Almost without taking a breath, we turned our sights to development that still needed to occur…a new youth camp lodge with kitchen and a multi-purpose facility. The Foundation for Growth campaign set new giving records for the camp as the goal of 1.8 million dollars was reached.

The arrival of the new millennium saw continued growth and development at Kenbrook. In 2000, the new youth lodge, Fairland Lodge, was completed and opened. In 2005, the “Pursuing our Vision” campaign was launched and a new master plan was completed in 2006. Both of these bold steps helped to enhance the infrastructure and offerings at camp. Between 2005 and 2010, many projects came to fruition. New cabins were added along with a new bathhouse. All of these new buildings were winterized allowing for year-round camping. Additionally, a covered deck and entrance way were added to the dining room area of the Fairland lodge creating outdoor seating flexibility for campers and guests. A new multi-purpose building was also completed during this time. Finally, in 2009, a new pavilion was built as well as a game plaza area including a basketball court, gaga pit, 9-square in the air and a climbing area.

Entering the second decade of the new millennium saw many changes in leadership for Kenbrook. In the mid-2010’s, Kenbrook reaffirmed is mission and refocused on the original purpose and mission of Kenbrook established by the founders from the Loyalteers Sunday School Class. With that refocus came a new mission to “be Christlike in all relationship in order to facilitate a closer connection to God, self, others and nature.”

A new way of living out our mission began in 2016 with the opening of our Stillwaters apartment that was renovated to provide a ministry to area pastors. This space is provided at no cost to pastors looking to take a day or two away for a time of spiritual refreshment and relaxation. It continues to be a privilege to partner with and care for pastors in this way.

This decade also saw the beginning of partnerships with local schools and programs to provide internship and leadership development opportunities at Kenbrook. We began providing both year-long and seasonal options for individuals.

As we look to our upcoming 75th Anniversary celebration in 2025, we continue to be in awe of all God has done, continues to do and has in store for Kenbrook Bible Camp. We are humbled and honored to be able to serve the children, youth and adults that come to Kenbrook each year and consider it a privilege to share the beautiful facilities and natural setting He has blessed us with here in Lebanon County.

Through prayer, seeking the mind of God, taking time to sort through priorities and resources, and by God’s help, we will yet see accomplishments that are still ‘beyond our dreams. 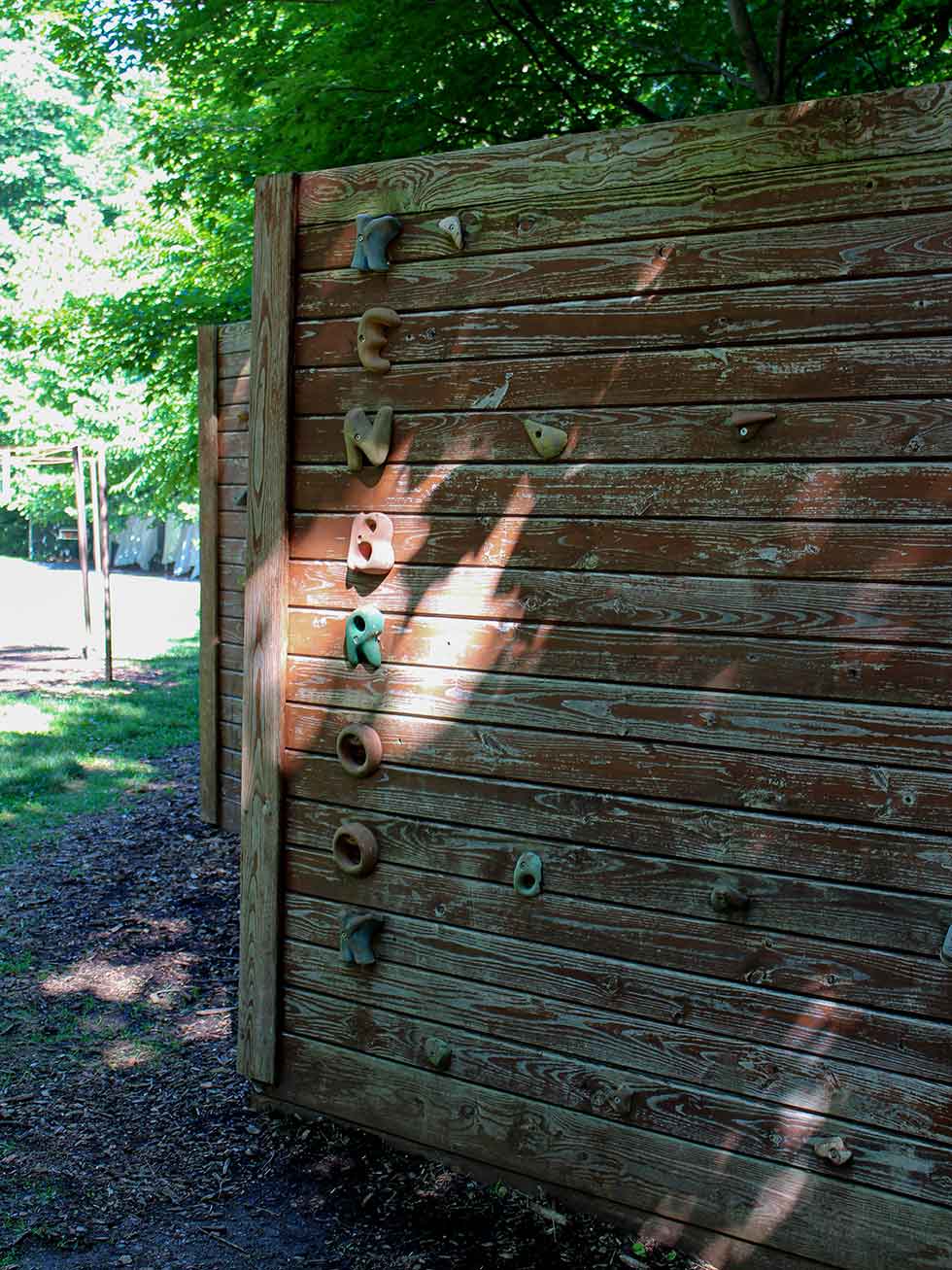